IT'S OFFICIAL - BOOK #2 COMING OUT THIS FALL!

It's been way, way too long since I've posted here, and I know I'm incredibly overdue for a proper blog post, but I wanted to share some exciting news. This Fall, Sensory World will be publishing my second book, a joint-venture between yours truly and the amazing Kelly Dillon of Eating Off Plastic (henceforth known as Our FIRST Jointly Created Book!). It's a children's book for kids with SPD about SPD and by adults with SPD - let's call it an insider's book about SPD for your sensory kiddos. It's based on this article I wrote for SPD kids last summer.

Kelly and I will release more info as we progress, so stay tuned here and on social media to learn more! 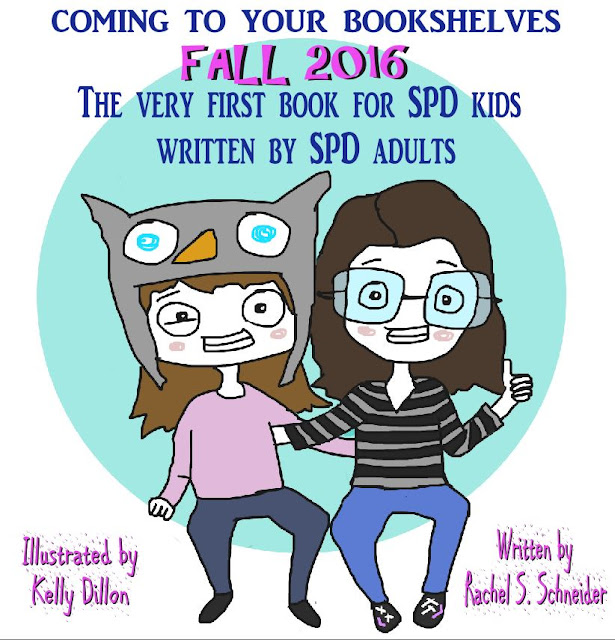 P.S. Where else have I been lately? In Chicago in early April, I spoke at the CCAC/SPD Parent Zone's first Sensory Friendly Summit  and in late April, I co-founded the grass-roots #SensoryIsReal movement with Kelly Jurecko of SPD Parent Zone, along with the support of sensory leaders across the community. Click the link above for our video and manifesto. I've also been profiled by two journalists for two major publications - one in the UK and one in the US - and these articles will be published sometime in late spring or summer. As soon as they've been made public, I'll share them (loudly and widely) with all of you.