In preparation for the release of my upcoming sensory guidebook, Making Sense: A Guide to Sensory Issues, as well as a few other big projects and speaking opportunities in 2016, I've updated my website, www.rachel-schneider.com. 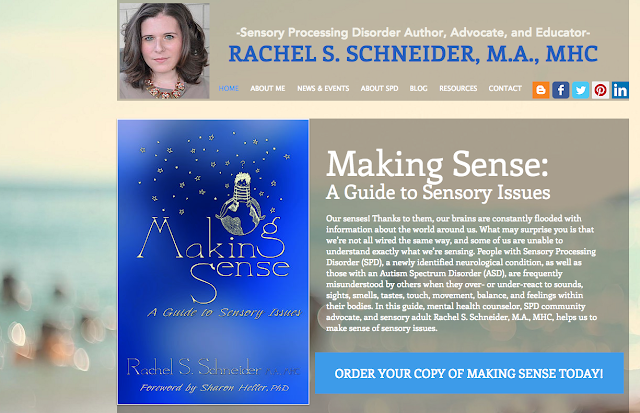 Be sure to check out the site for:

What do you think of the new site? Is anything missing that would help you on your sensory journey? Leave me a note and let me know!
Posted by Rachel S. Schneider at 10:53 AM No comments: 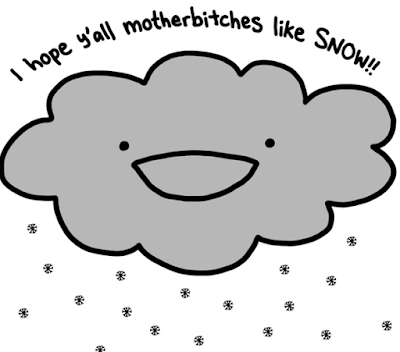 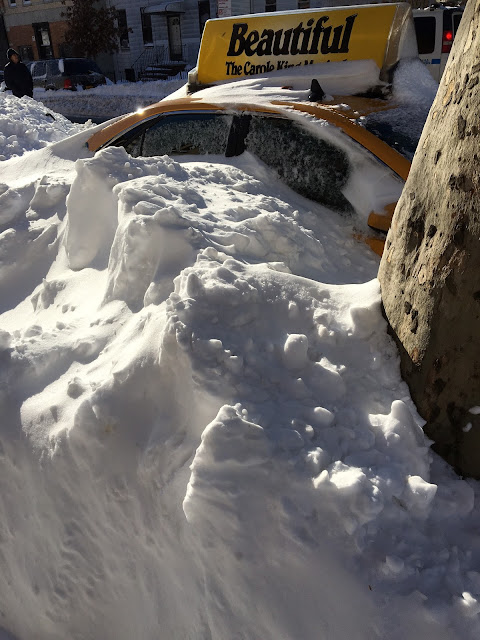 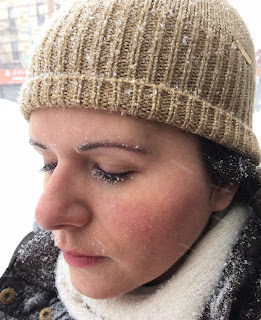 ****Shameless Self Promotion: Want to learn about SPD from a delayed-diagnosis sensory adult's perspective and hear more from yours truly? Pre-order Making Sense: A Guide to Sensory Issues today!
Posted by Rachel S. Schneider at 10:36 AM No comments:

Imagine my surprise when I opened an email from my friends at Sensory World and found this amazing cover of the winter issue of Sensory Focus Magazine attached! 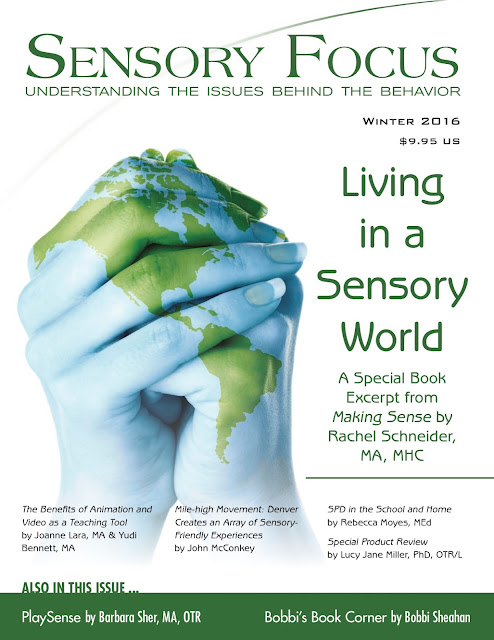 I'm so thrilled to share another excerpt from Making Sense: A Guide to Sensory Issues with all of SF's readers, and I'm beyond excited to be featured so prominently on the cover.

Posted by Rachel S. Schneider at 12:18 PM No comments:

Thanks to my friends at the SPD Foundation for announcing the upcoming February release of Making Sense: A Guide to Sensory Issues in your monthly newsletter! I'm honored and thankful as always to have your support. 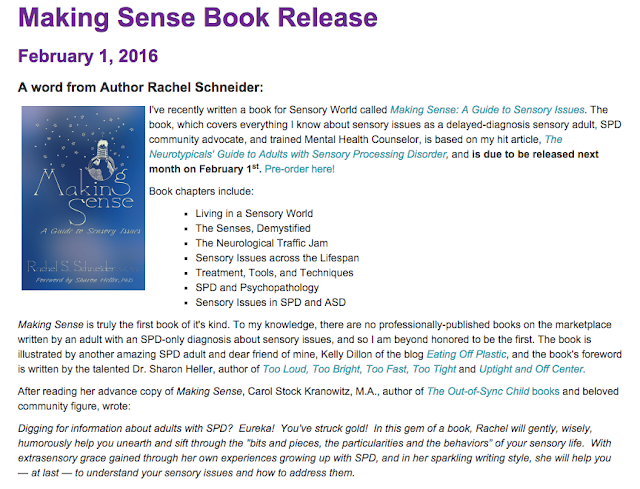 Posted by Rachel S. Schneider at 9:02 AM No comments:

FREE Excerpt of Making Sense: A Guide to Sensory Issues 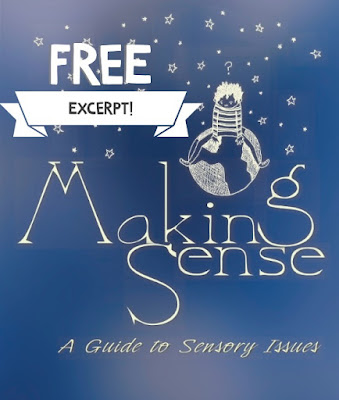 So many of you have expressed interest in taking a peek at my upcoming sensory guidebook, Making Sense: A Guide to Sensory Issues (thanks for the love, by the way, I'm sending it back to you), and I've heard you loud and clear! To whet your sensory literary appetite, I've picked the first seven pages of Chapter 1: A Quick Confession from my book to share with you.

I actually hemmed and hawed for a while trying to pick the perfect seven-page segment, as prescribed by my publisher, to release out into the blogosphere. Let me tell you that writing a book is an exciting, scary, and complicated process, and nothing has ever made me feel as raw and exposed and invigorated as having 160-some-odd-pages of my knowledge published and pushed out into the world for consumption. And so, I thought about what I'd want to read if I were you and you were me. I am a big fan of starting at the beginning of something. Like former Poet Laureate Billy Collins says in his poem Aristotle, "This is the beginning. Almost anything can happen." You won't really understand why I've thirsted for the knowledge that I share throughout the rest of the guide before you understand where I've come from and what I've experienced, and although I share examples from my sensory life throughout the entire book, the first chapter is where I really get to tell my story.

Like what you've read? Let me know in the comments of this post, and then go order my book here!

(And apologies for the words "Review Copy" through the text - it's how we have to do it until the book is published. It won't be in the final version, I swear.) 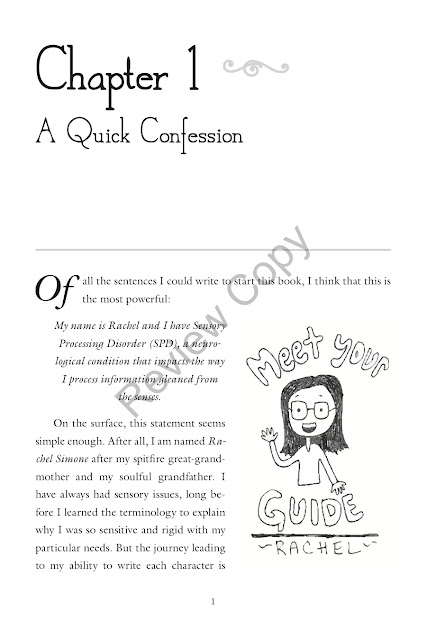 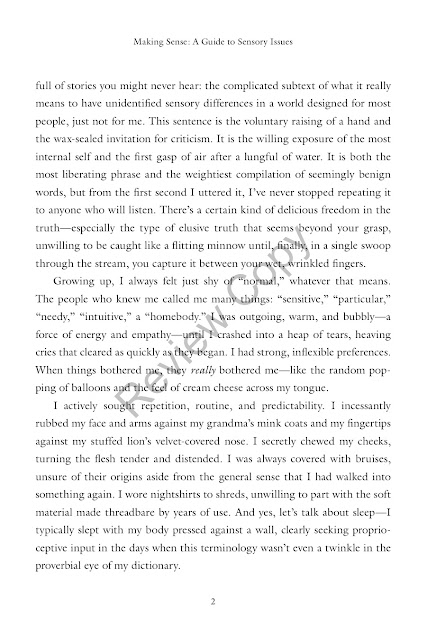 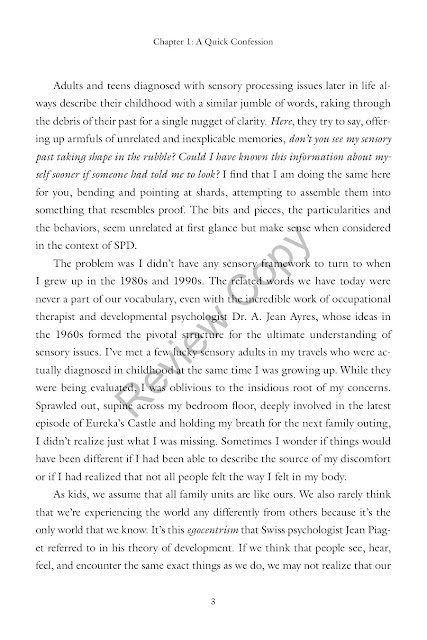 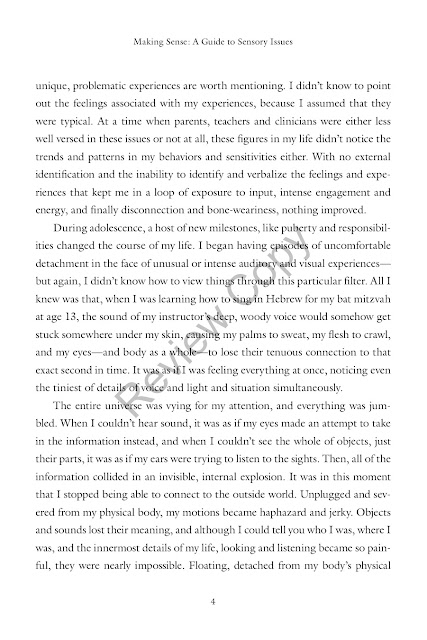 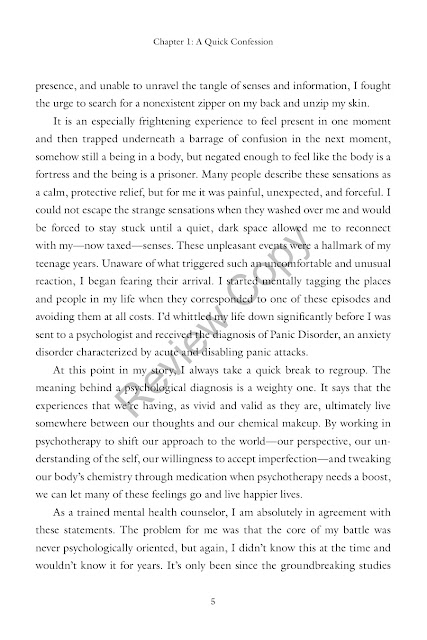 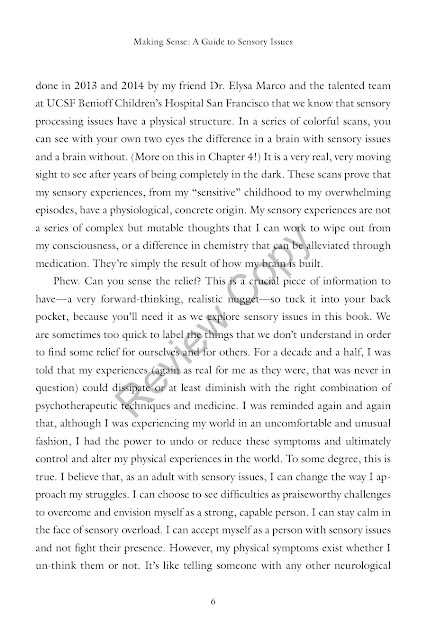 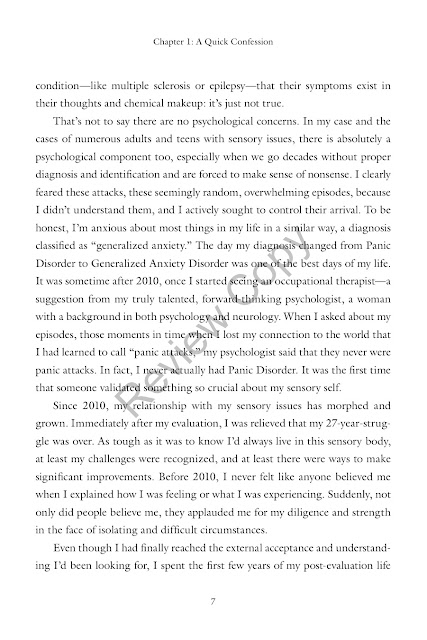 One Month Until the Release of My Book, Making Sense: A Guide to Sensory Issues! 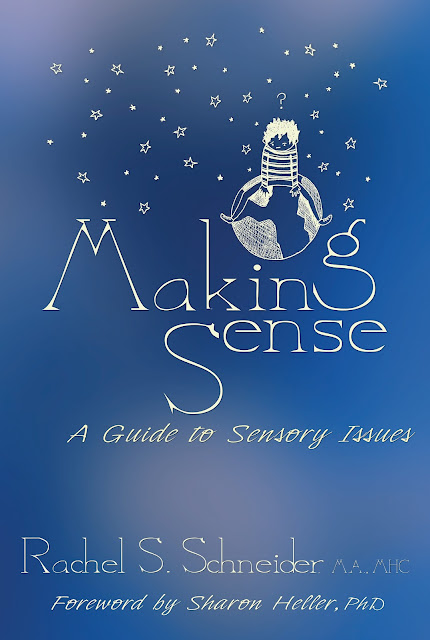 As many of you may know, my sensory guidebook, Making Sense: A Guide to Sensory Issues, is due out the first week of February! This book, based on my popular article, The Neurotypicals' Guide to Adults with Sensory Processing Disorder, was truly a labor of love, and covers everything I know about sensory issues as a delayed-diagnosis SPD adult.


Illustrated by another amazing adult with an SPD-only diagnosis (my dear friend Kelly Dillon of Eating Off Plastic), with a foreword by the talented Dr. Sharon Heller of Too Loud, Too Bright, Too Fast, Too Tight and Uptight & Off Center fame, Making Sense is truly the first book of its kind. 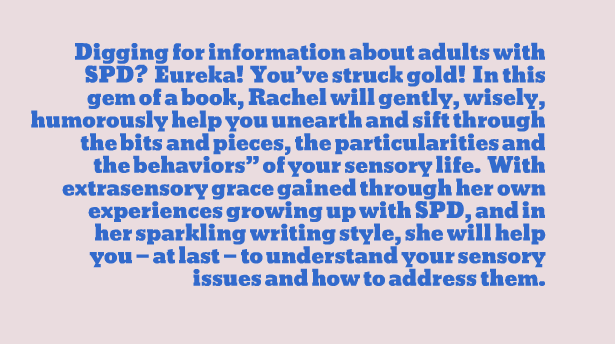 A eBook version will also be available for purchase in a few weeks, and a FREE excerpt from the book will also posted to my blog sometime this week, so stay tuned for updates! 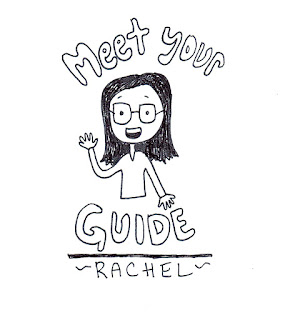 Posted by Rachel S. Schneider at 11:36 AM No comments: