Now I Recognize You, Now I Don't

Lately, the people around me look something similar to this: 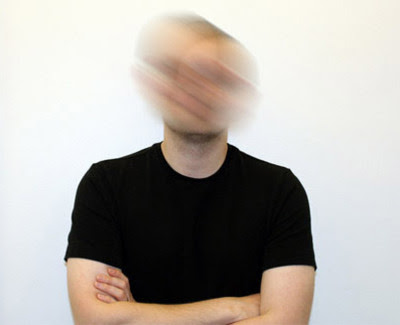 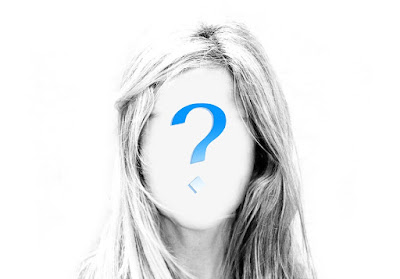 I feel as if any capacity I once had to recognize new people has completely vanished. It's not that my eyes are blurry and I need my vision checked. My sight is just fine. Instead, it feels like I'm struggling to process new faces - as if I have no discernible feature to hold on to as I add new people to my catalogue of facial memories.

To be fair, I've never been particularly adept at facial recognition. Growing up in Manhattan in the middle of New York City, you'd think I'd have some exciting stories to tell of the famous people I'd accidentally bumped into while waiting for the subway or traipsing down Madison Avenue, soda in hand. But aside from a walking companion frantically waving after a few celebs I couldn't visually place, I've not once to my knowledge shared the sidewalk with a star. I now blame most of this on my SPD, especially my penchant for avoiding visual stimuli because it's just so overwhelming. When I'm moving through the sensory chaos of the world, I'm too preoccupied as I contend with the onslaught of flashing lights, passing voices, and the perpetual whirl of a city that never sleeps to stop and notice the people that stagger by - and especially process their features.

Recently, eight months into my first pregnancy and as dumb as I've ever been (yes, pregnancy brain is insanely real), what little capacity I've had to identify newer people I see on a semi-regular basis seems to have diminished completely. My Handler jokes with me about this issue, calling everyone I don't recognize, a "hat rack." I see a whole bunch of hat racks these days.


Take for example the recent widower on our floor. We've only been living in our new apartment for a few months, and this is a man I've only met a handful of times. The first time we met, I identified myself as my grandparents' grandchild (they were well-known in this neighborhood for their clothing boutique), and I watched the delight spread over his face as he recounted stories of running into them along the main avenue here. Once his wife passed, a few weeks into our residency, I had the urge to ring his doorbell - or to at least be prepared with words of condolences and big hugs should I come across him in the hallway. But honestly, for the life of me, I could not picture a single feature of his face. If he was forced into a strange Police lineup of recently bereft septuagenarians, I wouldn't have the faintest clue how to find him and say I was sorry for his loss. I ran into him in the company of my Handler recently, and from the cues around me, I gleaned that this was, indeed, our widowed neighbor, and I leapt right in for that bear hug and meaningful conversation about the loss of his wife. As he walked slowly away, I whispered to my Handler, "that WAS him, right?!"; me, still completely unsure, even after our discussion.

Then there was the smiling young mother pushing her carriage of twins through the produce aisle of the supermarket. Earlier in the day, I'd completely missed the greeting of a woman I see daily on my morning walk, screaming hellos back to her after we'd passed each other by half a block, startling her young charge. And now, hours later in the brightly-lit and densely-packed supermarket, my Handler and I came across someone else I should've recognized, having met her, her husband, and her two babies a few times in our elevator lobby since the fall. "Hi! Nice to see you. When are you due?" she asked as I was midway through maneuvering around her on the hunt for pink lady apples. I stopped and stared blankly at her warm grin, then down at her twin babies. "Hi guys!" I cooed at the infants before gazing back up at the unfamiliar face. "In a month!" I replied, feigning intimacy and familiarity with no true sense of who I was supposed to be connecting with in the moment. She told me to be well and that we'd see one another again soon, and as she turned away, I once again whispered to my Handler, "is that the lady with the twins from our building?" "Yes," he reassured me, knowing that I was only seeing a hat rack and her tiny, baby shoe racks.

I can't decide what's more true in this case: with my black plastic nerd glasses and sizable baby bump and with my husband's vibrant reddish beard, it's hard to miss us as we move together through the world OR in the past eight months, a semi-sensory-related issue of mine has (hopefully temporarily) grown tremendously, especially in light of living in a large, new community of people. I suspect it's a bit of both. Regardless, it's made my journey through the sensory world even more special. It's enough to manage eight senses' worth of intensity and dullness, seeking some sort of equilibrium as I attempt to go about my journey. But now, muddy-minded from pregnancy and suddenly unable to delineate strangers' faces from those of new acquaintances, the world outside my front door feels even more mysterious and uncertain: a veritable department store of empty hat racks, and me, squinting, trying to place even the smallest fraction of a feature.
Posted by Rachel S. Schneider at 8:02 AM 3 comments: